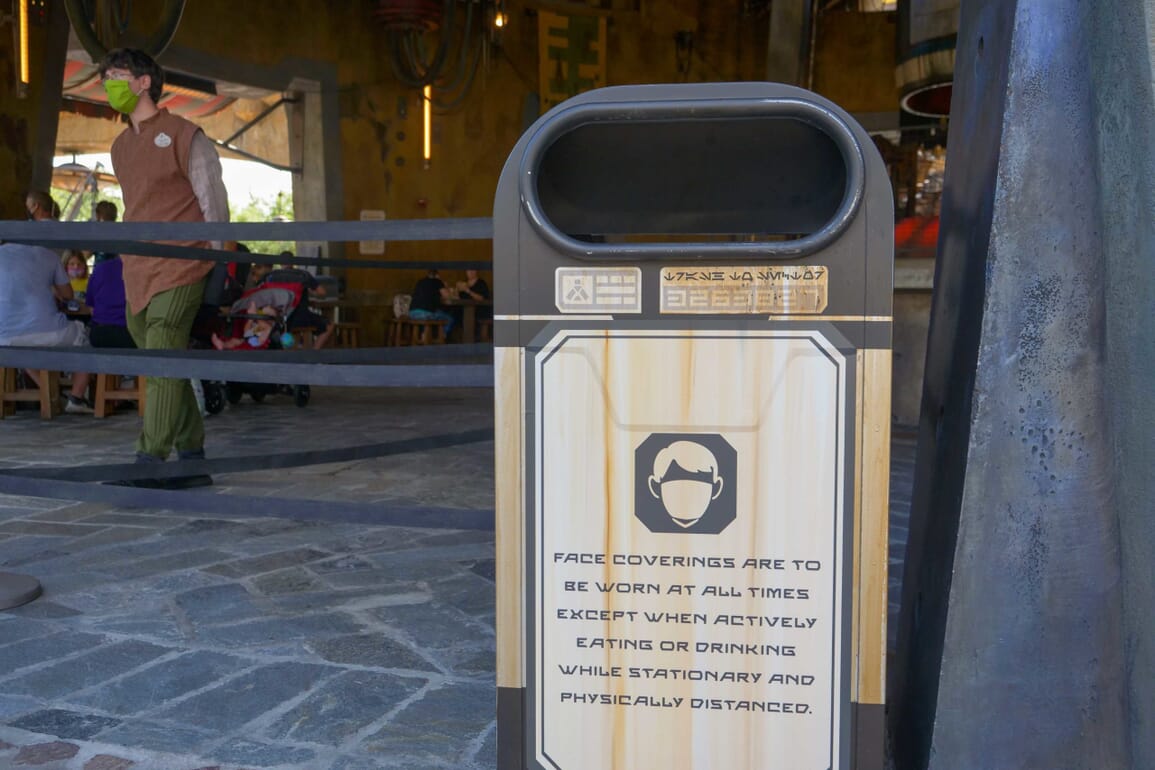 The Differences Between Disneys and Universals Trash Cans

I recently went to Orlando to visit Disney World and Universal Orlando for ten days. I liked all the parks, they were fun and very enjoyable.

We did all the parks except one (excluding water parks):

Note, we actually had to end the trip two days early because of a family death back home so we couldn’t do Universal Studios Florida.

Differences in the parks

Right off the back, they seem like very similar attractions, amusement parks in Florida. But, I instantly noticed a lot of differences.

One of these being the trash cans each park had.

Throughout the trip, Disney seemed to be more polished all around. All there staff seemed to be trained well and similarly, all the trash cans were the same type, employees outfits matched where they were stationed. As well ad other stuff like general organization of each park and accessibility. This includes wheel chairs and other items.

Although Universal had a lot of what Disney had, it just was not as “polished”. For example, Universal had many different types of trash cans, some rides themes made absolutely no since. The employees were not trained as well. But don’t get me wrong, they were good employees, but they didn’t extend there service like Disney did.

Another things was the uniforms worn by employees. In Disney, if you were by Star Wars themed rides, the employees dressed like Star Wars characters. But, in Universal, this was only the case about half the time.

Ok, onto what this article is actually about, trash cans.

Disney had only one type of trash can across the whole park. It is the one in the cover photo. Although, they had different paint and themes for different parts of the park, they were still the exact same trash cans.

Occasionally, the trash cans would be accompanied by a recycling can as well. But, this was still the same type style trash can, but instead of a flap, it was a circular whole to put cans/bottles in: Personally, I loved this trash can design, it is simple and clean. Everybody knows it is a trash can, too.

Universal, had at least four different trash can types. These included big concrete ones, round and square metal ones, and similar ones to Disney.

Most of these were accompanied by recycling cans too.

These were just the ones I could find online too, I swear in the park there were like ten more variations.

Why does it even matter?

Well, I found myself struggling to answer this as well.

I think the biggest problem one would face with Universals approach is customers not knowing if something is a trash can or a potted plant. But does it really matter? No, there are trash cans everywhere in all parks, Disney or Universal.

In the end, I don’t really think it does matter. But, Disney seems to have the edge in terms of being finished. Not just with trash cans, but just in general at there parks.